Flight Over Summit Craters on Etna

Flight Over Summit Craters on Etna 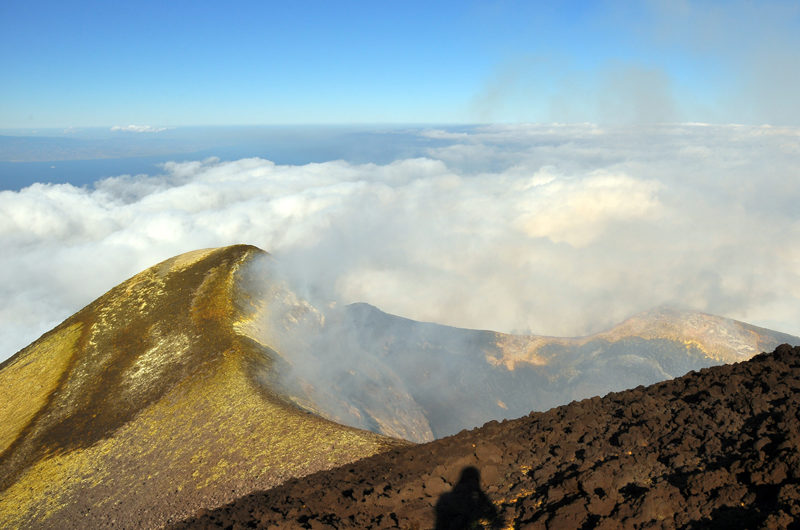 Flight Over summit craters on Etna

The starting point of the hike is the large square at Rifugio Sapienza on the southern side of Etna. The initial climb is done by cable car and 4 × 4 trucks up to an altitude of 2900m to an area called Torre del Filosofo (The Philosopher’s Tower).

From there we hike uphill for about 90 mins until we arrive at the edge of probably the most impressive crater – the Bocca Nuova (at 3250m), which first opened in 1968.

As we circle the Bocca Nuova opening we find ourselves on the edge of the central crater and from there we have a short but steep climb to the North Eastern crater which was formed in 1911 and is considered to be the real summit of Mount Etna (at 3340m).