We offer a range of * cottages / guesthouses * and accommodation shelters.

Mount Etna has always been the stuff of legends and myths; Homer in The Odyssey spoke of it as the forge of Haephestus, the lair of the cyclops’ headed by Polyphemus intent on building lightning bolts for the king of the gods. Today Etna [3329m] is the most active volcano in Europe and almost every year produces some spectacular eruptions.

But Etna is also the fifth highest peak in Italy and the in wintertime the crusted lava on the mountainside is covered with thick snow making it a paradise for ski tourers and freeriders alike.

Skiing on Etna is an enchanting experience; the edge of the craters at the summit are easily reached by ski touring. The snow mixes with the dark volcanic ash and lava as well as the yellow of the sulphur also emitted from the volcano. On the ski down, you witness the vast expanse from the Aeolian islands to the Calabrian coast.

There are in fact, 2 ski resorts based on Etna allowing skiers to make the most of the snowy winter slopes but all sides of the volcano also offer several off piste itineraries. The Valle del Bove is found on east side and is essentially a huge valley 8km long by 4km wide full of couloirs of a gradient of around 35degrees.

The north side offers dependably great snow conditions and easy descents from the north east crater [summit of the volcano] down the ‘quarantore’ couloirs until Piano Provenzana at 1800m.

The west side of the volcano is the most challenging offering a descent from the central crater at Punta Lucia of 1700m vertical descent down natural halfpipes, old craters and a final slalom through the birch trees of Etna.

Transfer to Etna southside, uplift with the gondola and then the Valle del Bove descent. Then an ascent by touring ski back up to the departure of the gondola. Lunch on site before a transfer to Aci Trezza for a visit by fishing boat to the marine reserve of Lachea island. Fish supper followed by a transfer to B&B for the night.

Transfer to Etna southside with uplift to 2500m. Ski tour up to the summit craters with a subsequent long descent of the north side of the volcano with great views of Calabria and the Aeolian islands. At Pizzi Deneri, there is a long descent of the Quarantore couloir finishing at Piano Provenzana. Afternoon visit to Taormina and it’s greek amphitheatre from where there is a great view of Etna.

Price for the 3 days: 350€ per person with a minimum of 4 participants. The price includes the accompaniment of a UIAGM mountain guide or volcano guide and ski instructor specialising in freeride, B&B and the transport. The price does not include flights, meals and anything not clearly indicated. 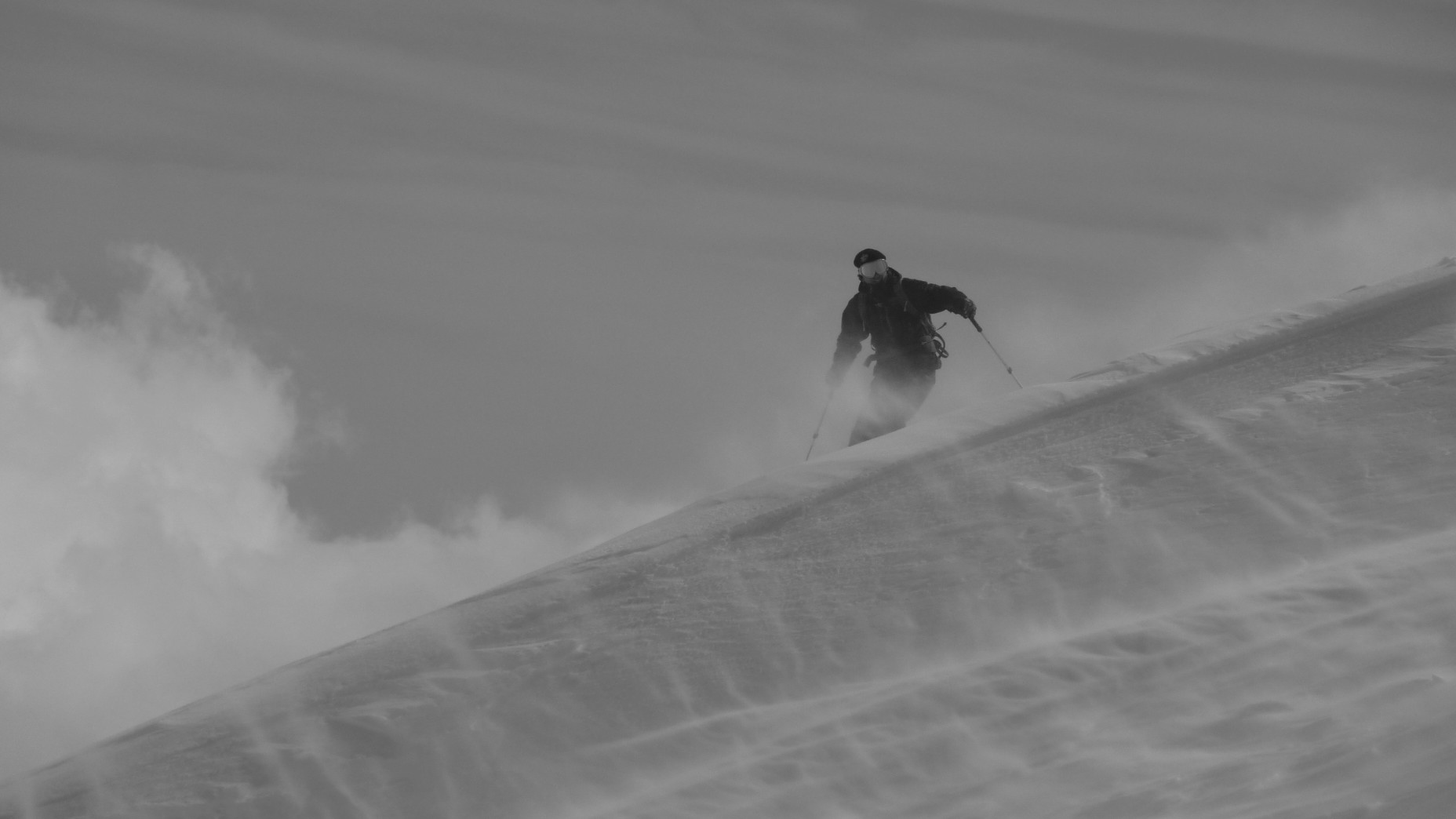 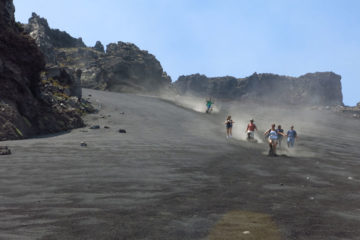 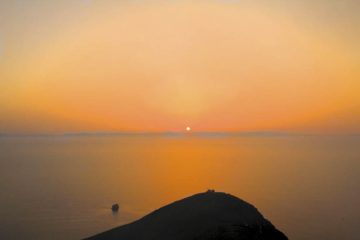 We offer you several days with overnight 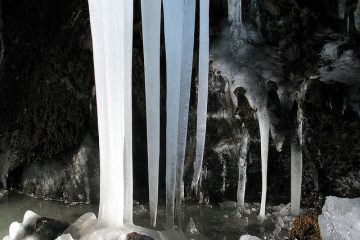 The excursion to “Grotta del Gelo” lasts
350.00€
One tour per person